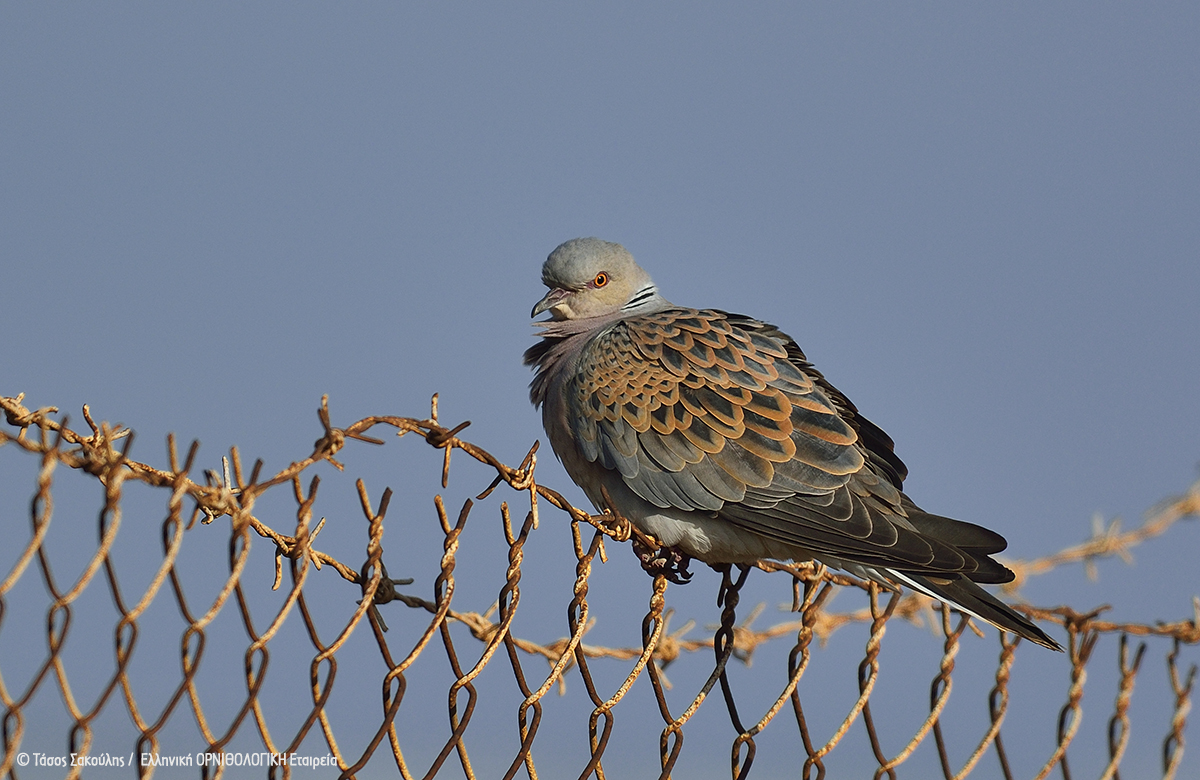 One more year of slaughter for the Turtle Doves in the Ionian Islands?

In anticipation of the culmination of the Turtle Doves’ return in the Ionian Islands, HOS / BirdLife Greece made one more public plea to the state and local authorities to take appropriate measures to end the slaughter of this vulnerable bird species and prevent acts of illegal killing during spring migration in the area.

Considered as an illegal activity in Greece since 1985, the so-called, Spring Hunting’ is nothing more than a vicious crime committed against thousands of exhausted Turtle Doves that are passing over the Ionian archipelago on their way to their breeding grounds. Zante, Corfu but also Paxoi and Othonoi Islands host most of the poachers’ hotspots and it is within these same communities that the illegal activity is more openly defended as a "tradition" to be cherished.

Despite the fact spring hunting was outlawed more than 25 years ago, poachers continue with their illegal acts every spring, with the same intensity and unbothered for days, sometimes even weeks. As these lines are being written, and although movement restrictions due to the COVID-19 pandemic are still in force in all Greek territories, witnesses from those areas are reporting to HOS that Turtle Doves are again welcomed with shots.

Under the "LIFE Against Bird Crime" Project, HOS has made repeatedly and emphatically called on the government and state authorities to take urgent action and make use of all available measures to control and eventually put an end to "Spring Hunting".

In 2020, under the auspices of the Hellenic Ministry of Environment and Energy, HOS lead an initiative aiming at the development of anti-poaching Local Action Plans, with a special focus on Zante, Paxoi, Antipaxoi, Corfu and Diapontia Islands. The response from competent bodies and local authorities to this initiative did create hope that steps forward were being made for the prevention of spring poaching; unfortunately, one year later, none of the Local Action Plans has been enacted by any state or local authority.

This lack of action in view of a crime that is repeatedly and openly committed against wild birds, sends a message that such a crime is tolerated however damaging its outcome may be for a globally threatened species and the reputation of the Ionian Islands as a world-class tourist destination. HOS continues to stress the need for taking action and raising awareness about the devastating effects of spring poaching.

If we want our country to be a safe haven for Turtle Doves and other migratory bird species and not a black spot or a death trap as it is considered today, these blatant and repeated crimes must be stopped and the perpetrators penalized. Unless this catastrophic and illegal activity becomes extinct, the Turtle Dove may soon run out of time.

The LIFE Project “Awareness and Capacity Building against Bird Crime in Priority Flyway Countries” (LIFE17 GIE/NL/000599) is coordinated by BirdLife Stichting Europe and implemented by Association BIOM (BirdLife Croatia), HOS/BirdLife Greece, BirdLife Cyprus, BirdLife International and LIPU (BirdLife Italy), during September 2018 – 28 February 2022. The project is implemented with the financial support of the LIFE fund of the EU and co-funded by the MAVA Foundation. https://flightforsurvival.org/
Lilia 2021-04-21 08:46:29 One more year of slaughter for the Turtle Doves in the Ionian Islands? https://ornithologiki.gr/images/Trygoni_ORNITHOLOGIKI_AnastasiosSakoulis.jpg Lilia https://ornithologiki.gr/templates/gk_fit/images/logo.png