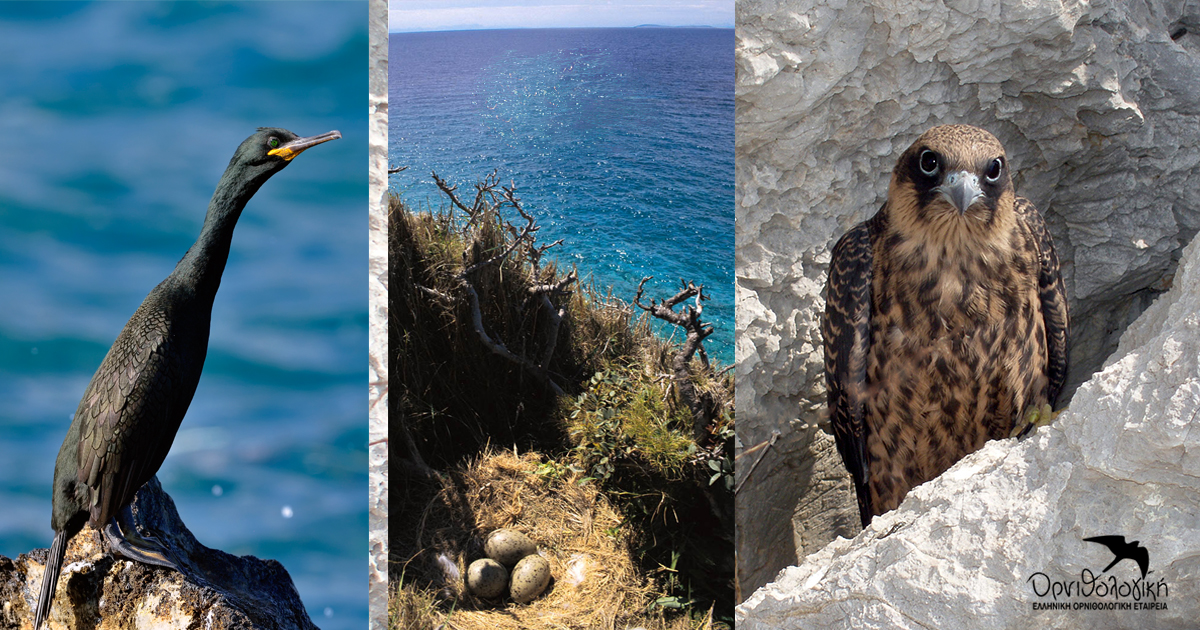 An unprecedented win for environmentalists and biodiversity in Greece, puts an end to constructors’ plans to turn the “Galapagos of the Mediterranean” into wind farms

Following the rejection decision of the General Director of Environmental Policy, the Greek Ministry of Environment and Energy has finally closed the door to the unprecedented construction plans that involved turning the protected islets of the South Aegean Sea into platforms for the erection of hundreds of wind turbines, right at the “heart” of one of the last refuges of biodiversity in Europe.

The fight for the protection of these precious ecosystems, known as the “Galapagos of the Mediterranean”, lasted for two years and the opposition to this extremely harmful project was almost absolute. Early on, the Hellenic Ornithological Society (HOS), having dedicated more than 25 years to the study and conservation of insular areas, set the protection of the islets as a top priority, taking the lead along with numerous scientific and environmental bodies in the public consultation, and sending oppositions directly to the Prime Minister and the former leadership of the Ministry. Both Management Bodies of the Protected Areas of Cyclades and Dodecanese rejected the project, documenting- beyond any doubt- how irreversibly it would damage all protected areas under their jurisdiction.

The multipage documentation prepared by HOS, deconstructed the narrative set forth by the Environmental Impact Assessment (EIA) of the project on its “weak” impacts on seabirds and the Eleonora’s Falcon. The EIA also included many scientifically unfounded facts. One that can easily be contested and thus, attests to the EIA’s poor quality, is the 300 m. buffer distance, which was arbitrarily proposed as a safe enough distance to build a wind turbine in the vicinity of Eleonora’s Falcons’ colonies! This buffer distance was presented as a mitigation measure of wind farms’ impacts onto the Aegean’s emblematic falcon, even though it is widely accepted that these birds cover long distances in search of food on a daily basis.

The case of the islets of the South Aegean serves as one more proof of the systematic weaknesses and, consequently, the inability of the environmental licensing procedure in Greece to serve its crucial role as the defender of the natural environment and biodiversity.

Without any further delay, the Greek State must harmonize its national law with the EU legislation, by incorporating as mandatory the “screening” of projects and plans at the very preliminary stages of the licensing process. It is quite obvious that projects as destructive as this one, would have been rejected early on, saving all interested parties (from investors, and all the administrative, environmental and scientific bodies involved, down to the society of citizens) a lot of time, effort and resources.