The return of the “Cuckoo’s horses”: the vultures-symbol of the nature of Epirus, Greece honor us with their presence

The famous “Cuckoo’s horse” of Epirus, the Egyptian vulture "Aoos" along with his mate, are present for another year in Epirus, Greece and for the first time after many years they are not the only ones of their kind! 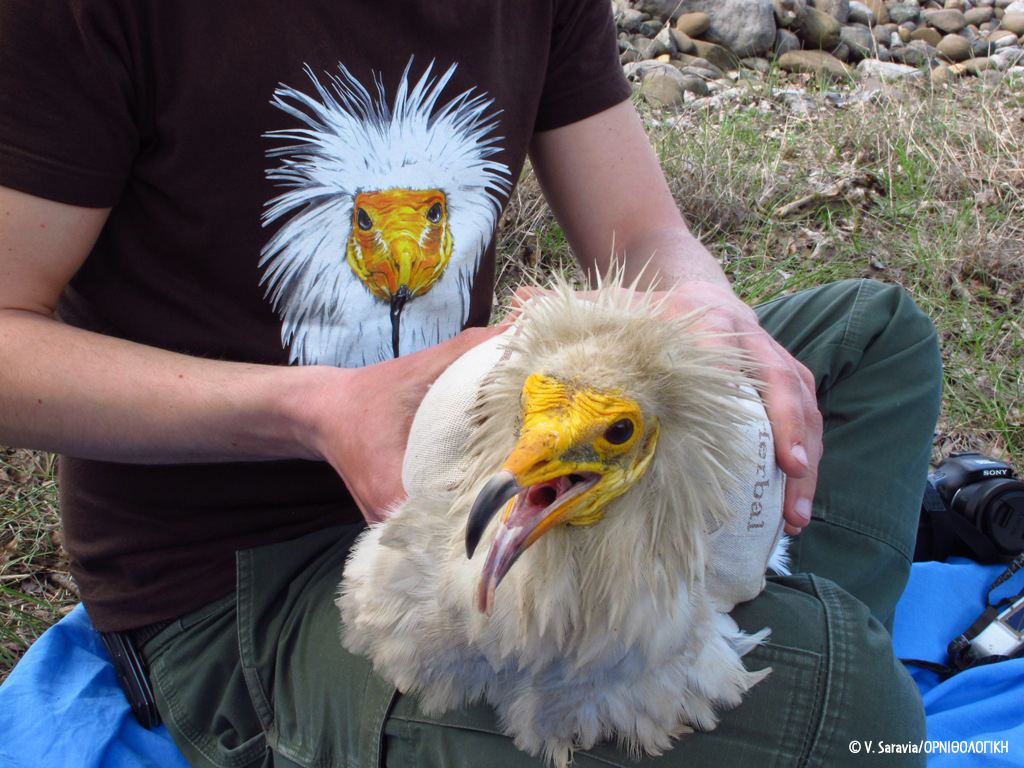 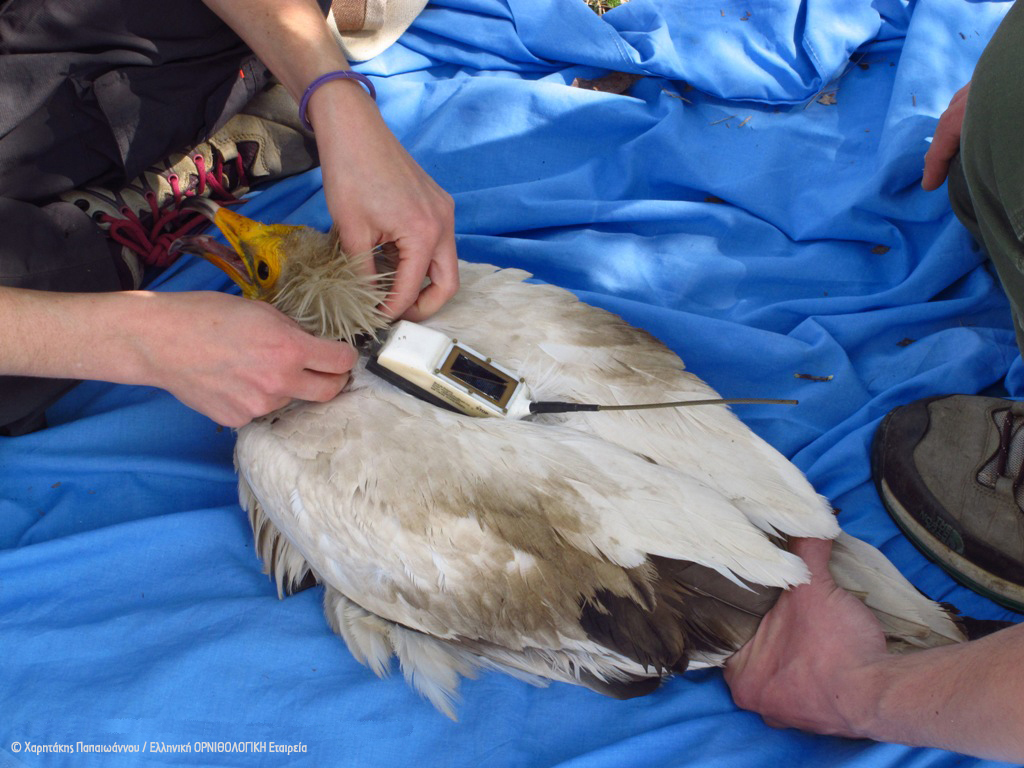 “Aoos”, punctual to his spring date with us, made with his mate once again their appearance in the sky of Epirus, after traveling more than 6,000 km, crossing eight countries, to nest in the Greek-Albanian border, in Aoos river basin. 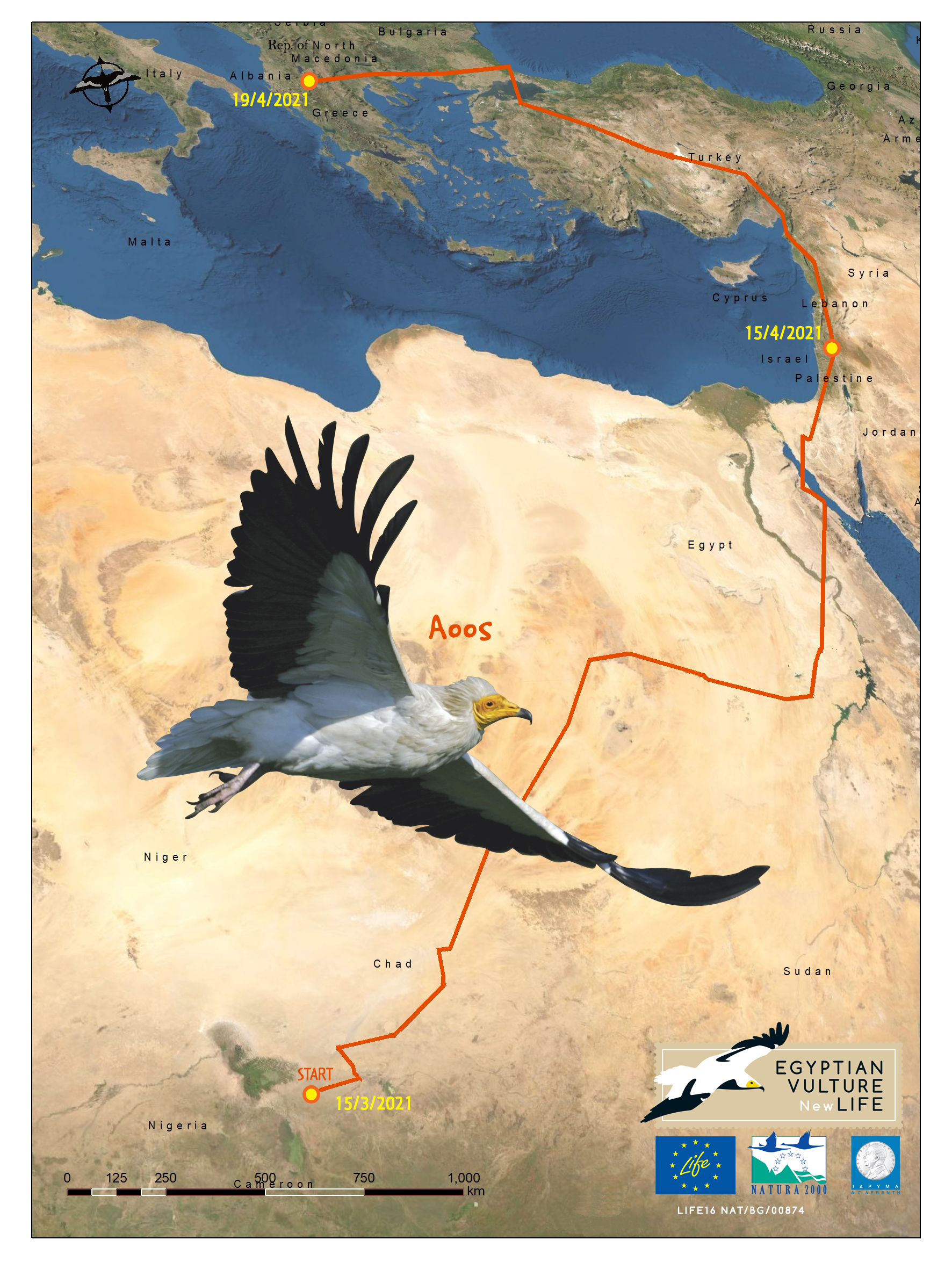 Thanks to his satellite transmitter, tagged by the HOS/BirdLife Greece since 2015, but also based on the records of the HOS field and the testimonies of the local citizens, "Aoos" and his mate are visiting in daily basis the area of Konitsa to feed, while they visit regularly the local feeding station, created under the “Egyptian Vulture New LIFE Project” in order to provide them with stable and poison-free food.

This year, however, the pair are not the only Egyptian vultures visiting the feeding station, as for the first time a young Egyptian vulture, in its 3rd calendar year, was recorded by the trap camera enjoying its meal! 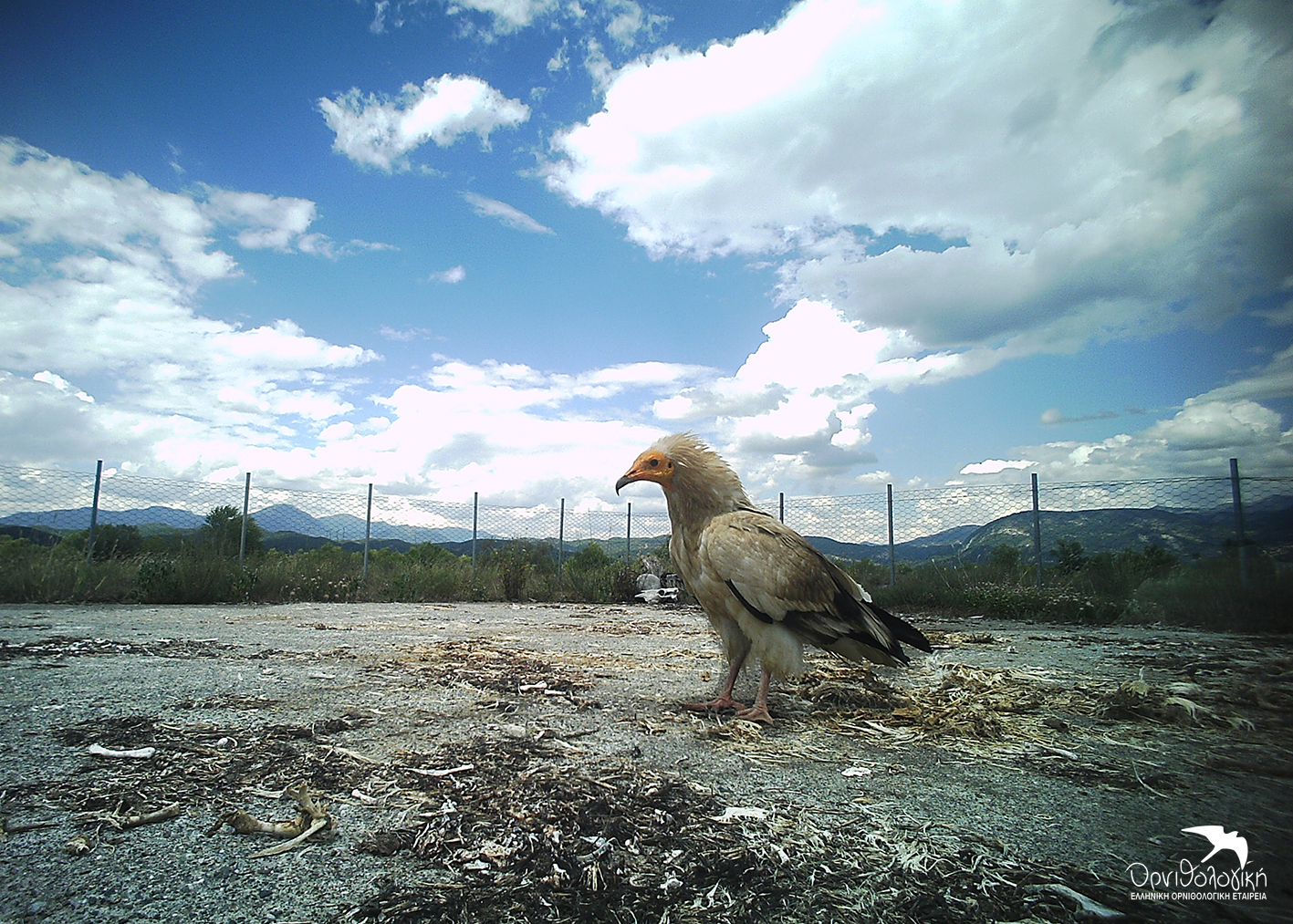 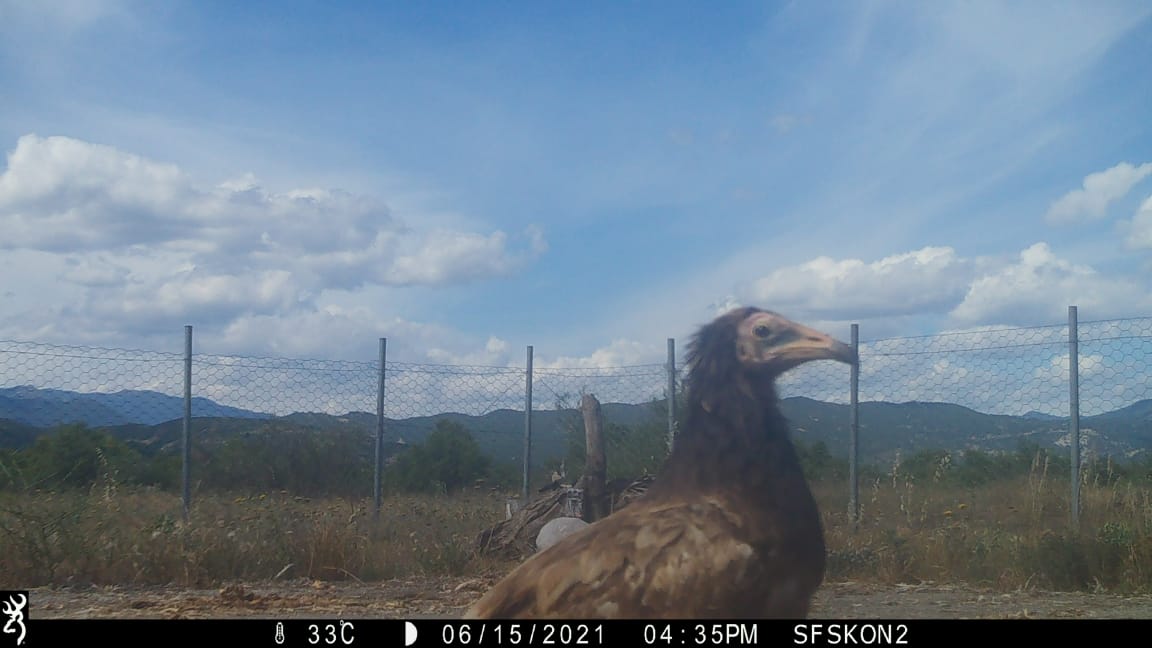 Also, this year in Epirus was also present another Egyptian vulture, the Italian "Diego", who left Italy in order to explore the Balkans. "Diego", who passed through Epirus twice, is a young Egyptian vulture who was born in captivity in 2018 and was tagged with a satellite transmitter under a LIFE Project for the species conservation in Italy. 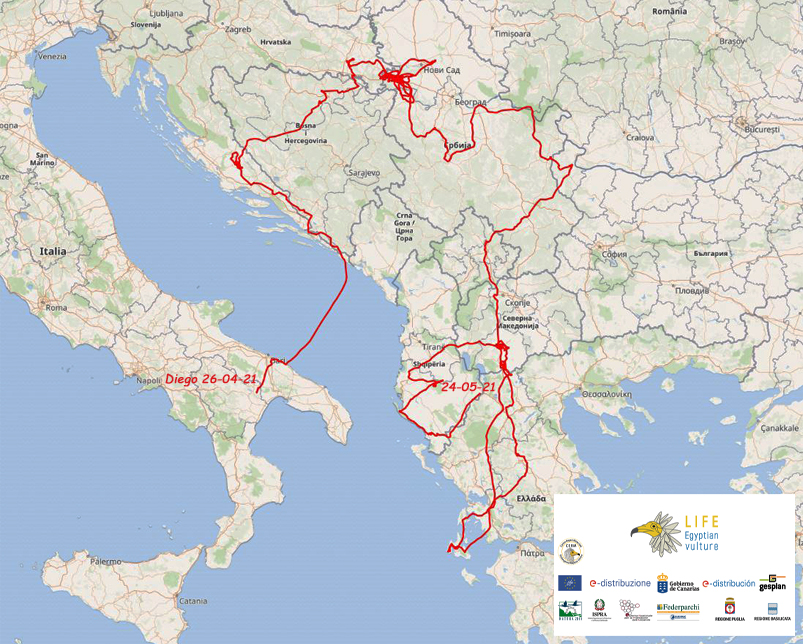 Despite these good news, the population of “Cuckoo’s horses” in Epirus, as well as in Greece, is still in an extremely critical situation and that is why any observation and information about the species is valuable.
We warmly thank all the friends of the Egyptian vulture, such as the members of the local Network Against Wildlife Poisoning, for the willingness to inform daily the HOS team for the presence of the birds, even in the most remote corners of Epirus!

We hope that this year will mark a new beginning for the vultures-symbol of the nature of Epirus and the vultures who are now just visitors will become residents, making once again Epirus an area with many “Cuckoo’s horses”, free from their biggest enemy: the poison baits.

The New LIFE Project “Urgent Actions to Strengthen the Balkan Population of the Egyptian Vulture and Secure Its Flyway” is implemented by institutions and organisations from 14 countries spanning the Balkans, Middle East and Africa aiming to reinforce the easternmost European Egyptian Vulture population by delivering urgent conservation measures to address major known threats at breeding grounds and also along the flyway. The actions of the Project are implemented with the contribution of the LIFE financial instrument of the European Union and the co-financing of the AG Leventis Foundation and the MAVA Foundation.  www.lifeneophron.eu